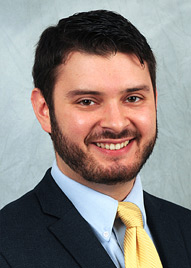 Phil's practice focuses on complex coverage disputes and litigation, with a particular emphasis on environmental and pollution issues.

Philip B. Wilusz focuses his practice on complex coverage disputes and litigation, with a particular emphasis on environmental and pollution issues, and serves a client base including national and international general contractors. Phil was co-author of a state-by-state survey on pollution exclusions and has written extensively regarding environmental issues.

While in law school, Phil served as Lead Articles Editor for Law Review and was a judicial extern to the Hon. Janet C. Hall, Chief Judge of the United States District Court for the District of Connecticut, where he conducted research, drafted opinions and worked closely with Judge Hall in preparing for oral arguments. He was also a clerk in the same court, assisting the magistrate judges with voluminous records, helping him develop a meticulous eye for detail.

Phil volunteers his time at the local Boys and Girls Club, coaching basketball at the elementary and high school levels. He is also a musician, playing guitar and piano. He currently resides in Bridgeport, Connecticut.

Something Stinks - But It Isn't This Alabama District Court Ruling

New Jersey Jumps On Board: EPA PRP Letters are a "Suit" Under a CGL Policy