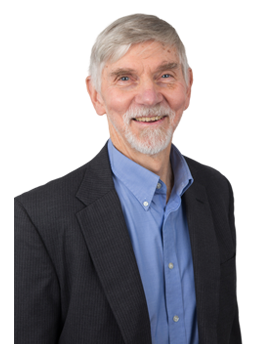 Ed enjoys the intellectual challenge and logical procedure of insurance law and coverage work and is more than happy to help clients and colleagues alike work though difficult and abstract issues.

Edwin L. Doernberger has more than 40 years of experience in complex litigation and appellate practice. He enjoys the intellectual challenge and logical procedure of insurance law and coverage work and is more than happy to help clients and colleagues alike work through difficult and abstract issues. Ed has extensive experience in virtually all areas of coverage, from Risk Transfer and First Party Property Damage to Unfair Practices and Regulatory Compliance.

Over the years, Ed's robust appellate practice has taken him before the Connecticut and Hawaii Supreme and Appellate Courts, the New York State Court of Appeals and the United States Court of Appeals for the Second and Ninth Circuits, with successful arguments in several high profile matters. Not surprisingly, he has been selected as a New England Super Lawyer each year since 2013.

A Long Island native, Ed was captain of the Columbia University Track Team and, most notably, placed third at the 1969 U.S. Track & Field Championships, nearly earning a place on the U.S. Olympic team. He was twice a member of the winning crew in the famous Molokai to Oahu outrigger canoe race and is an avid outdoorsman to this day who can frequently be found bicycling through various parts of the U.S., Canada, Europe and Iceland. Ed also serves as volunteer General Counsel to Connecticut Swimming, a local division of USA Swimming, and has been a member of its Board of Directors since 2005.

Ed serves as the Managing Partner of SDV Northeast and is a member of the firm's Executive Committee. He currently resides in Woodbridge, Connecticut.

COVID-19 Insurance and Nonprofits: The Case for Coverage

COVID-19 Insurance and Nonprofits: The Case for Coverage