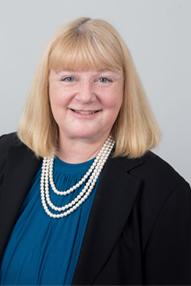 Janet brings a wealth of experience from a long career working on a diverse range of matters including insurance coverage, pharmaceutical personal injury, products liability, admiralty and maritime, construction and environmental claims.

Janet Crawford brings to SDV a wealth of experience from a long career in litigation. In addition to insurance coverage, Janet has worked on a diverse range of matters including pharmaceutical personal injury, products liability, admiralty and maritime, construction and environmental claims. She has authored numerous appellate briefs as well as portions of a United States Supreme Court brief in a Commerce Clause action.

Janet was Editor-in-Chief of the Fordham Urban Law Journal during her time in law school. She clerked for the Hon. Joseph M. McLaughlin in the Eastern District of New York and then spent the first year following graduation as a law clerk for the Hon. William H. Timbers on the Second Circuit Court of Appeals in New York.

Janet is also an accomplished author who worked as a writer and editor for several publishers, including Matthew Bender & Co., while raising her family. She has written novels and screenplays and published several short stories. In her spare time, Janet continues to write fiction. A native of Connecticut, she currently resides in Ridgefield, Connecticut with her son, dog and two cats.