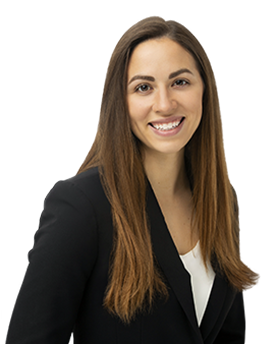 Jesse first came to SDV through the firm's Summer Associate Program, staying on as a Law Clerk. After completing law school, she joined SDV's West Coast team as an Associate.

While attending law school, Jesse completed Judicial externships at the United States District Court for the Southern District of California, working alongside the Honorable William V. Gallo and the Honorable Thomas J. Whelan. As a judicial extern, she worked closely with the clerks drafting opinions and conducting extensive legal research. Jesse also completed externships at the San Diego County District Attorney's Office as well as at the San Diego City Attorney's Office. She was a member of the Mock Trial team and a volunteer at the Domestic Violence Clinic, and ultimately graduated with a concentration in Civil Litigation.

In her spare time, Jesse enjoys hiking, rock climbing, and dancing Forro, a traditional Brazilian dance. A Washington state native, she currently resides in Temecula, California with her husband.

D&O Coverage for Lawsuits Alleging Lack of Boardroom Diversity: Is Your Company Protected?

D&O Coverage for Lawsuits Alleging Lack of Boardroom Diversity: Is Your Company Protected?