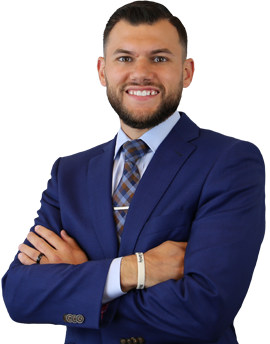 Vincent serves as insurance coverage counsel, advocating on behalf of commercial and individual policyholders involved in disputes with their insurance carriers.

Vincent is a resident of SDV’s Northeast office in New Jersey, where he focuses his practice on representing policyholders against their carriers for all manners of coverage issues. With extensive litigation experience and a background in policyholder representation, Vincent brings a wealth of knowledge to his practice at SDV. He has litigated first-party property damage claims in state and federal jurisdictions and is well-versed in resolving bad faith claims.

While in law school, Vincent received several accolades for his academic achievements. He was a Board Member of Drexel University Thomas R. Kline School of Law Moot Court and was a competitor of the New York Bar Moot Court . He was also selected for the co-op Honors Job Network Program for his superior work performance.

Vinnie currently resides in South Jersey with his wife, who is a nurse. In his spare time, Vinnie enjoys all things football. He plays flag football in leagues and tournaments all across the East Coast. He also spent eight years as a high school football coach in the South Jersey area.