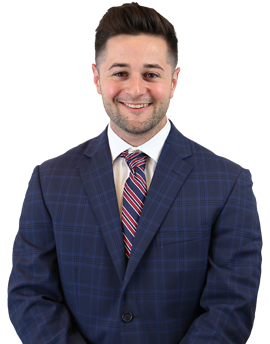 Michael A. Amato is a resident of SDV's Northeast Office, where he dedicates his practice to representing policyholders facing insurance coverage disputes.

Michael is a graduate of Wake Forest University School of Law, where he focused his studies on civil litigation. During his law school career, he served on the Executive Board of the International Law Society, as well as the Executive Board of the Domestic Violence Awareness Coalition. Michael engaged in significant volunteer work, specifically with domestic violence victim support organizations, the Virtual Whitehouse Eviction Prevention Summit, and schoolwide fundraisers. Upon graduation, Michael’s classmates awarded him the “Most Likely to Make a Judge Laugh During Trial” award.

Michael resides in Milford, Connecticut where he enjoys reading, weightlifting, hiking, meditating, and playing pickleball in his free time.